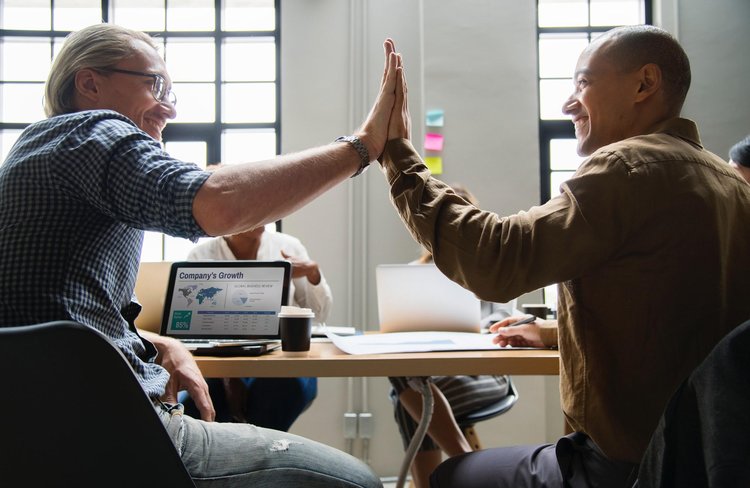 One of the most common questions I get on the leadership keynote speaker circuit is this: what’s your secret for finding great employees? While being able to pick the sharpest needles out of the hiring haystack is obviously a critical skill to have in one’s leadership arsenal, I always tell them that the best “hire” may already be right under their nose.

Continuously working to foster growth in the employees you already have is a great way to protect the investment you’ve made in them, increasing satisfaction and reducing troublesome churn. It’s also one of the best ways I’ve found to identify potential leaders within your organization, and help those people move seamlessly into more senior roles over time.

What’s more, research suggests that employee development is not only good for your business—it’s the right thing to do for your people, too. According to a recent survey conducted by Deloitte, less than 40% of Millennials, and about 30% of Generation Z workers feel they have the skills they’ll need to succeed, and they’re looking to their organizations to close that gap. Another study by the Execu Search Group found that 46% of employees do not feel as if their leadership skills are being developed.

Overall, HR experts believe that continual talent engagement and growth will be critical to combating the skills shortage. So how, exactly, do we do that? As I tell my leadership keynote speaker clients, engaged employees begin with engaged leadership. Here are four relatively simple behaviors that, if practiced regularly, can have a dramatic positive impact on your organization—from the ground up.

While each person on your team will have different needs (as well as individual preferences for getting those needs met) they all need your active mentorship in order to take their careers to the next level. Whenever I gain a new direct report, regardless of his or her level, I’ve made it a habit to hold an informal expectations meeting. Even though they’re just starting a new role, I like to start off the conversation by talking about where they see themselves in five years’ time; gaining a deeper understanding of each employee’s longer-term goals helps me tailor my coaching to their unique needs.

Active mentorship means knowing where your employees want to go, and understanding how you can help them get there. But it doesn’t mean being SO hands-on that you don’t let them make mistakes. In my travels as leadership keynote speaker as well as an involved leader, I’ve found that giving employees the freedom to fail is one of the single greatest mentorship methods out there. It’s not always easy, as the urge to swoop in and save the day can be incredibly strong—but ultimately there’s no greater teacher than having to think on one’s feet and find a better solution to the problem at hand.

Another method that I’ve found to be very successful in pushing employees out of their comfort zones—and into their growth areas—is taking an open-ended approach to coaching. When a problem presents itself, I make every effort to remove the urgency of solving the actual problem, so that my employee can focus on the PROCESS of problem-solving itself. I ask them to consider a variety of things: similar problems we’ve had in the past, how we solved them, the success of those solutions, and most importantly…how could we have done things differently? An open end is often the best start.

Years ago, I had a body shop manager called Mike. He had come up from the shop floor to running a 24,000-sq.-ft facility, and was managing 50 employees. He had a natural rapport with his staff, and was a great motivator. So one day, over a beer after work, I said to him, “I think you could run this business.”

Mike: “What? I thought I already was!”

Mike: “But I don’t know anything about car sales.”

RJB: “No, but you know a lot about people”

With a lot of development and encouragement, Mike became my right-hand man, working closely with me every day as we worked to turn the dealerships around. Think about that for a second: a man who started out as a panel beater in the body shop eventually gained day-to-day control of 360 people across different dealership locations. Over time, your active mentor-ship will reveal what kinds of rewards motivate each one of your employees—and repetition will help to cement their rise to the top.