Grow Your Business, Increase Profits and Create a Succession Plan That Works

Almost 60% of US based companies have no succession plan for the future of their business.

Most business owners have no contingency strategy for personal income or the wellbeing of their employees if something unexpected happens to them.

It’s easy to overlook the current financial benefits that result from a future succession plan.

It’s easier to attract, retain and develop top talent when a clear plan is in place.

At age 28, he became the CEO of a 100-year-old family business, which was six months from bankruptcy. With the help of an unexpected mentor named Frank, Richard was able to turn the company around leading to strong profits, top-ranked customer service due to team performance, and sustainable growth in new brand franchises. The foundation for their growth and eventual highly-profitable sale was a strong succession plan that connected all stakeholders under one vision.

For over two decades, Richard has worked alongside business owners and senior leaders to create the same level of team performance and profitability through effective succession planning strategies.

“Richard’s message was right on the mark with our dealer CEO’s. I’d highly recommend him.”

“My clients liked the fact that Richard had been through a difficult succession in his own family business.”

“Richard worked with our key stakeholders ahead of time to ensure his presentation was perfect for today.”

“He was spot on with his message for our group.”

Which Leadership Keynote Or Advisory Service

is right for your organization?

Create a seamless leadership transition from one generation to the next. Richard will use his personal story as a case study and share entertaining stories that provide humor and encourage audience participation and learning.

Go beyond theory with reality-tested leadership lessons Richard learned along the road to becoming a respected leader. Includes excerpts from his no-nonsense, leadership book Being Frank – Real Life Lessons to Grow Your Business and Yourself.

With the help of the right mentor, Richard took his family business from near bankruptcy to a profitable sale over the course of 10 years. He has gathered his key learnings (the good, the bad and the ugly) in this no-nonsense and lively keynote. 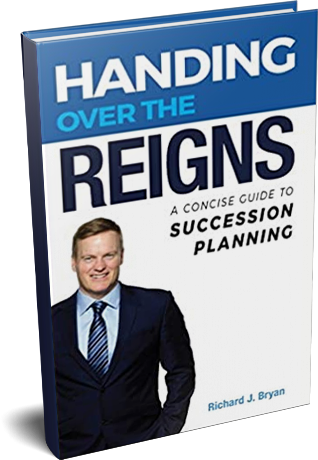 Handing Over the Reigns 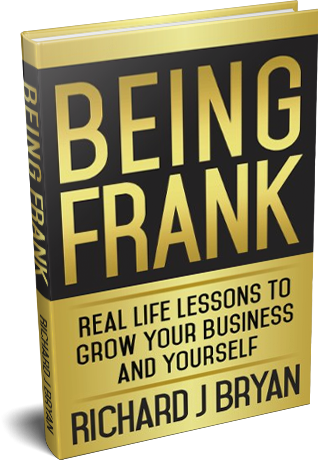 Frank was ex-special forces with a fine arts degree – an unusual mix! With his help, Richard Bryan turned around his family business that was losing more than $3 million a year. In this book, Richard shares lessons he learned from his mentor Frank about how to develop a more successful business. 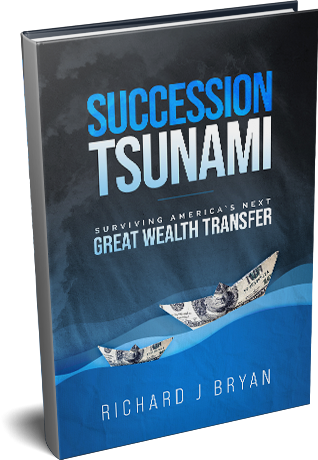 What you can expect after a succession plan is in place:

Your plan will create a financial impact you can see immediately, and will generate a better transition of leadership or sale in the future

Knowing that you have a plan in place to safeguard the future of your business which will  benefit all stakeholders (customers, employees, suppliers, family, business owners)

Schedule a Meeting
with Richard

Find Out if Richard is a Good Fit for Your Event or Company Meeting by Scheduling a Free 30-Minute Discovery Session.

Start a Conversation
with Richard