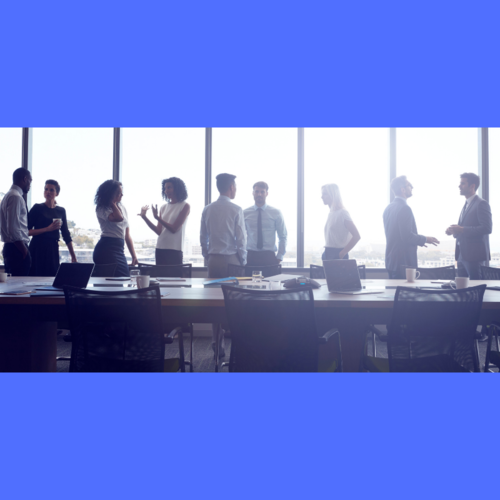 When I first joined the family business in the early 1990s, the company had LOTS of meetings. Most of them lasted for hours, and the monthly board meeting would literally go on for the entire day. The highlight of board meeting day was a posh catered lunch, during which the conversation at hand would be temporarily adjourned while the directors tucked into a three-course lunch—complete with wine!

This amazed me as a young leader, and it simply astounds me today. The company was losing money, yet they thought nothing of gathering a dozen of most expensive personnel in the room for eight hours of only partially constructive discussion. Even at the conservative estimate of $1,000 per Director, that’s a single meeting that costs $12,000—not including the catering bill.

And these meetings weren’t even necessarily time well-spent! Unsurprisingly, a heavy meal and two glasses of wine doesn’t improve one’s focus, nor does a 30-minute topic that’s dissected for 120 minutes. Here are four foolproof ways to make all your meetings more productive—and a whole lot shorter as well.

As a leadership keynote speaker, I tell a lot of stories about my mentor, Frank. At Frank’s first management meeting with the company, he announced that no meetings would last longer than an hour, and “if we can take care of business in 30 minutes, so much the better.”

The all-day board meeting discussed above was trimmed to a svelte 90 minutes, with a closely followed agenda and a list of clear action items that came out of the discussions. He also eliminated every meeting that wasn’t critical to the company’s survival, replacing these with stand-up “briefings” that he meticulously kept on topic. And lunch? Frank replaced it with a quick biscuits-and-coffee service.

While we’re on the subject of stand-up meetings: they’re actually scientifically proven to outperform sit-downs in several ways. Obviously, removing chairs from the equation means your attendees can’t get too comfortable or complacent—which is also a great idea to apply to your business on a macro level.

Further evidence: researchers at Washington University conducted a study comparing stand-up and sit-down meetings, and the results were astonishing. Participants were rated on their ability to work together, share ideas and produce quality work. The results? Standing up was found to foster both better collaboration and more excitement about the creative process—both things every meeting needs.

Unless a meeting participant has a wife who’s about to go into labor with their first child, cell phones should already be banned from meetings. But it’s also wise to keep ALL personal-use technology out of the conference room, and here’s why: taking notes by hand is less distracting and more effective. Many of my leadership keynote speaker clients are shocked by this at first, but eventually they all come around.

Researchers studied the note-taking habits of college students at Princeton and UCLA in order to compare handwritten note-takers with those who used a laptop. While factual recall was similar for both groups, the students who took notes by hand did significantly better in understanding the concepts that were discussed. And that’s not even taking into consideration the immense distraction of email and the Internet.

If you’ve ever attended one of my leadership keynote speaker events, you’ve heard me talk about accountability—it’s essential for every level of employee, from the mailroom to the corner office. It’s also a critical component of every successful meeting. Prior to every meeting, make sure each agenda point has a clearly defined responsible party; this person will run point on that particular topic, providing background information and moderating any discussion around it.

Then, when the conversation around each topic is nearing resolution, the group should determine any action items that come out of the discussion, along with key milestones and due dates—then assign accountable parties to those items as well. Public accountability can be surprisingly motivating.

How Trust Can Make (or Break) Your Career

How Disagreement Can Help Your Team Thrive

Being Frank: Real Life Lessons to Grow Your Business and Yourself