BEGIN WITH THE END IN MIND 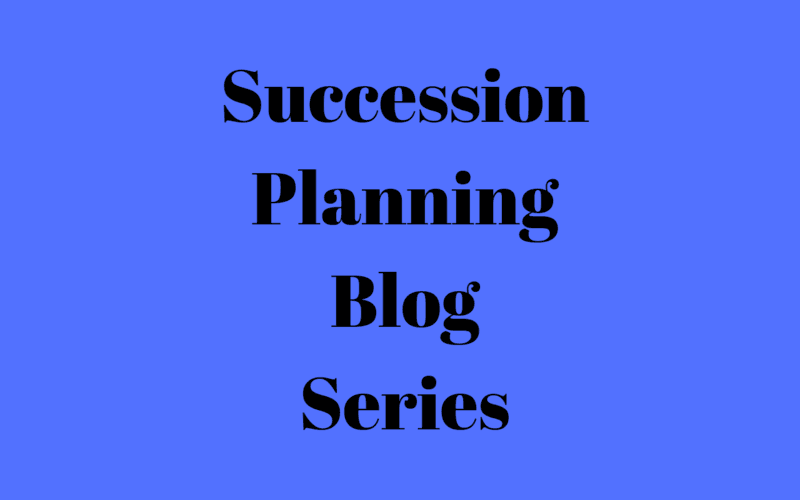 BEGIN WITH THE END IN MIND

Years ago, I was unexpectedly thrust into a leadership role with my family’s car and truck dealership business. At age 28, I had a business degree and a few years’ of management experience—but I was not expecting to become CEO of a $120-million company at that moment. Even worse, the company was losing an average of $3.5 million per year.

Our company’s “succession” was both unplanned and (by many accounts) unsuccessful. Even though it wasn’t a surprise who was slated to inherit the business, we didn’t have a clearly defined transition plan—when illness forced my father to take an early retirement, he simply handed the reins over to me. I learned a lot in the difficult years that followed. So much, in fact, that once I successfully turned the business around and sold it, I was inspired to share my learnings as both a business turnaround speaker and a succession planning speaker.
In this first installment of my Succession Planning Blog Series, we’re going to fast-forward a bit. As Steven Covey, author of The 7 Habits of Highly Effective People, says, “Begin with the end in mind.” So I’ll start by asking you to look forward to the conclusion of your transition.

Particularly with a family business, succession planning can be an emotional minefield; it’s one of the reasons people avoid it. The successors are either too young to worry about it, or feel anxious about the milestone and the responsibility it carries. Current leadership either doesn’t want to think about relinquishing power, or believe they “have so much time.”

It’s exactly this mindset that keeps my business turnaround speaker calendar full. As uncomfortable as it may be, the best time to think about succession planning is years ahead—when everyone involved is (hopefully) healthy, thoroughly engaged in the process and ready to create and follow a calm, clear and detailed transition plan. Sadly, the “I have time” mindset is a mirage: a seductive, empty promise the world isn’t likely to keep.

The first step to succession planning—or as I like to call it, SUCCESS planning—is to think seriously about your end goal for the business. Are you involved in the family business because it fulfills a deep passion, or because it has always been expected of you? Planning for the next generation of leadership can trigger some deep thoughts and even catalyze major philosophical or organizational shifts; this is why it’s so important to give yourself time.

To determine the end goal of your succession planning process, you must first identify the deeper purpose behind your involvement. Is your ultimate goal to build long-term wealth for future generations? To provide hands-on, practical education for current and succeeding family members? To position yourself as a community leader, and create opportunities to give back? Each of these end goals, as you might imagine, has a dramatically different action plan—and potentially a different timeline for achieving success.

If I’ve learned one thing from my experience on the succession planning speaker circuit, it’s to never take anything for granted. In a process that can already be rife with emotion, I’ve often seen current leadership of a family-owned business make the critical mistake of assuming that the next generation is (a) interested in taking the reins, and (b) up to the task.

Trust me when I say that neither of these scenarios is ever a given. That’s exactly why planning ahead is so important. When the pressure of a lightning-fast transition (like the one I experienced) is removed, not only will the company have time to pivot to a different solution if necessary—but occasionally, the succeeding generation “comes around” to the wisdom of stepping into his or her rightful role. A long and detailed transition plan may even give those who initially don’t seem well suited for succession time to mature and/or train their way there.

I’ll dive a bit deeper into that subject in the next blog of my Succession Planning Blog Series – look for that in April. In the meantime, I post a new business blog every other week.