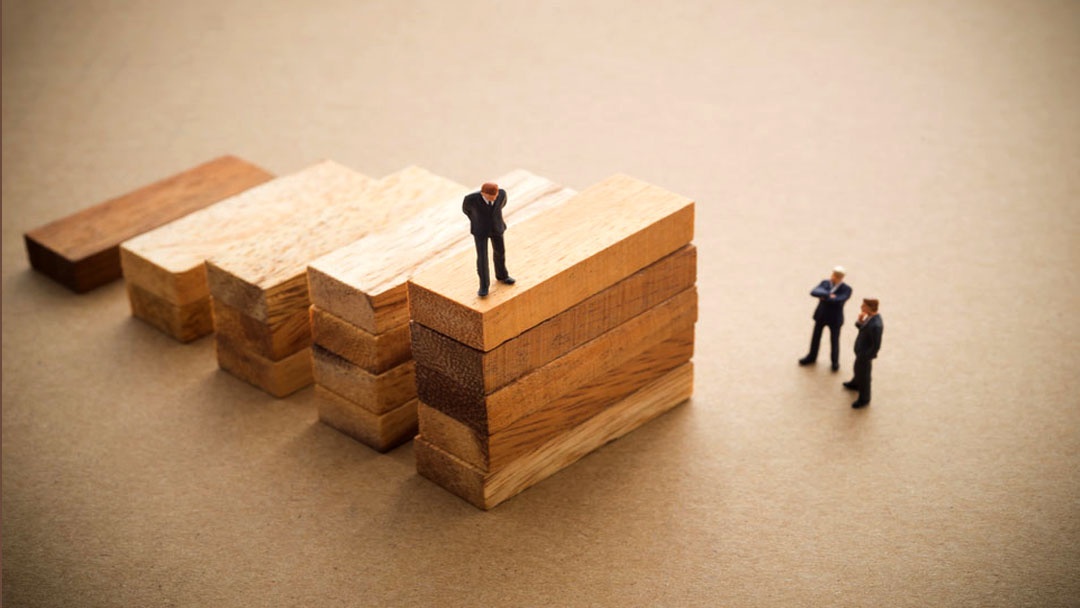 Richard Bryan knows from personal experience why businesses need a succession plan. When he was 28, Bryan’s father became ill and was forced to retire. With no training or experience, he took over the $180 million family car and truck dealerships. He felt out of his depth, even more so when he discovered the company was losing $3.5 million a year.

“Not only were we losing money,” Bryan says, “there was mass confusion.”

He hired an executive with extensive industry experience and together they eventually turned the business around. Today, Bryan manages a commercial real estate company — and lectures companies on the importance of succession planning.

“Not having a plan is negligent,” he says. “The last thing you want is to be in my situation.”

Though Bryan’s example is extreme, many businesses fail at succession planning, says Noel Tichy, author of the 2014 book “Succession” and a professor at the University of Michigan’s Ross School of Business.

“Seventy percent of them get it wrong,” Tichy says. “It’s an Olympic sport, and only a few people get medals.”

Having a good succession plan—and acting on it—is important. Handled properly, a plan retains institutional knowledge while helping a company adjust to change. It helps companies deal with demographic challenges, talent shortages, and problems with retention and morale.

Here are six critical elements of good succession planning that businesses of all sizes should adopt.

Many businesses wait until the incumbent CEO is thinking about retiring. That’s way too late, Bryan says. You should begin planning for new leadership five to 10 years before a transition.

“It’s like a sports team — you’re grooming the next generation of star players,” he says. “The best path is to give more responsibility to the chosen successor over time.”

The Society for Human Resource Management (SHRM) also likes the sports “farm team” analogy, which resonates with managers and employees. Leaders and team members should think long term and big picture, SHRM advises. They should look at the succession process as business preparation rather than role pre-selection.

Even if you choose a leader from the outside, setting up a selection committee or hiring consultants to help with a search takes time. People with outstanding skills may not be a good fit culturally. Insiders may disagree about choices. If you’ve been planning all along, these issues are less of a problem.

Don’t just plan for a new CEO. Bryan identified 12 important positions at his family’s 500-employee company, including dealership general managers, finance directors and sales directors. He had a No. 2 person in mind for each and created personal development plans to help successors step into their new roles.

Tichy, who ran GE’s Leadership Institute for Jack Welch in the 1980s, goes even further. “When I work with a company, I develop a curriculum for the whole pipeline from campus hires to CEO,” he says. “Very few companies do that systematically, but if you don’t, you end up with a hodge-podge of political buddies and talent that moves around.”

The plan should specify two kinds of skills for each position you’ve identified, Tichy says: “hard” skills like finance, marketing and strategic planning, and “soft” skills like how to coach, hire, fire and develop a team. Soft skills are as important as the hard ones, if not more so, according to Tichy.

Plans should be comprehensive and clearly articulated. “It’s not so different from a school that says, ‘Here’s what you need to learn in math and English in first grade, in middle school, in high school,’” Tichy says.

“Plans that work are not the ones where HR or the business leader does it and that’s the end of it,” Tichy says. “They need to be done in collaboration with the individual being evaluated.”

Each employee should write down their strengths and weaknesses and bring the paper to a meeting with supervisors. “Out of that, we write a plan together agreeing on strengths and what the employee wants to accomplish,” Tichy says.

Meetings should be held at least annually. Successful companies often do more. GE has three daylong succession planning meetings every year with follow-up sessions after each, Tichy says.

Assessment tools also can help when working with employees. Bryan used DiSC personality assessments to determine what kind of positions workers were suited for. He also took the test himself. “My profile told me I’m great at team building, but useless in finance and details,” he says. DiSC profiles reveal useful information and make it easier to start delicate conversations about workers’ strengths and weaknesses. “It’s an assessment, not a gut feeling,” Bryan says. He sometimes shared information from his own profile to put conversations on a more even footing.

Both Tichy and Bryan stress the importance of introducing potential successors to future responsibilities to gauge their abilities. They may appear to possess the right qualities, but appearance isn’t enough.

Most family businesses fall apart in the second generation because they don’t take succession development seriously, Tichy points out. But SC Johnson, maker of Johnson Wax and other household products, has succeeded into its fifth generation of family ownership by making family members prove their worth. “They made them run things, get evaluations, earn their rights,” Tichy says.

Allowing potential successors to attend high-level meetings and sharing progressively more information with them puts them more at ease when they take over the role, Bryan says. The best transitions allow the incumbent to train the successor, perhaps moving from a fulltime to part-time role as they do so.

“That way, you’re not losing all the contacts and experience the incumbent has built up,” Bryan says, “but you’re also allowing the new leader to find their feet. I’ve seen that work really well.”

His own assistant, who plans to retire after 25 years, will help hire and train her replacement, receiving a bonus for her help whether or not the new employee works out.

Even if you’ve groomed successors, it’s a good idea to bring in an outsider before making a change. Insiders may not always be aware of problems. “That’s why we have external auditors in accounting,” Tichy says.

An outsider can provide an objective point of view without worrying about career ramifications. By contrast, employees sometimes cover for others with a drinking problem or other issues. Managers may want to get along, and go easy on evaluations. At some companies, employees sound like the children in Lake Wobegon, Tichy jokes. “Everyone’s above average. That’s impossible.”

Bryan agrees that a third party is helpful, whether it’s a consultant, an accountant or a trusted adviser who knows the business well from the outside. He also gained perspective by joining Vistage, a peer-to-peer advisory group for CEOs. Among other things, the group introduced him to the DiSC profiling system.

Bryan has come full circle from his early days at the company, which has transitioned into a commercial real estate business he owns with his wife. He not only does succession planning for his staff, but contingency planning for himself. If something happens to him, his college-age son won’t have to take over. His wife attends meetings, is well acquainted with the CPA, the banker and other key people, and could keep the business running without him.

If both of them should become incapacitated, he has a plan for that, too: hiring someone else to run the business and putting it in a trust until his kids reach 25 and decide to get involved — or not.