Freedom to Fail: One Simple Way to Foster Fearless Employees 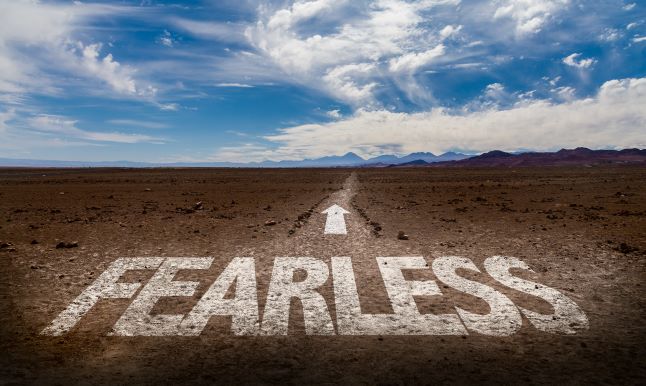 Failure is an inevitable part of life—and, of course, business. It’s a topic I cover thoroughly as a leadership and succession planning speaker, in part because I learned early in my career to actually value failure for the indelible lessons it can teach us, both about business and about ourselves.

Yet as you navigate through your own work life and grow as a leader, you will likely encounter a great many colleagues who harbor a deep fear of failure. Why? Because FAILURE JUST FEELS BAD. In the moment, it immerses us in negativity; it imbues the future with feelings of dread, insecurity and inadequacy. And worst of all, this fear can prevent us from taking the risks necessary for us to learn, grow and move our businesses to the next level.

“Success consists of
going from failure to failure
without loss of enthusiasm.”
– Winston Churchill

As leaders, we’re often reminded to reward our employees’ successes in various ways, from financial perks to public recognition and beyond. It seems there are fewer concrete recommendations for helping your team members learn to cope with failure! But in both of my professional lives (as a leadership and succession planning speaker and corporate leader), I’ve found that the best way to teach the value of failure is to simply lead by example.

In the office, I do this with total transparency. When I make a decision that results in failure, for whatever reason, I own it! We might discuss the situation as a team, and brainstorm ways to fix the situation or different approaches that might have had different results. But that doesn’t mean we dwell on it. The behavior I want to model is very much a “picking oneself up and dusting oneself off” attitude—so that they know they should do exactly the same.

At the podium, on the leadership and succession planning speaker circuit, I do this by sharing my experiences and what I learned from them. Here are three memorable failures and what I took away.

1. Phoning It In. Early in my career, I was a commission-only new car sales executive at a large Ford dealership in Fairfax, Virginia. I was good at my job, and my numbers reflected that. But for some reason I’ll never understand, I tried selling an elderly couple a car without doing a test drive—then compounded the problem by not getting their name and phone number.

As a result, I lost the sale. Had I spent the extra 20 minutes to take them on a test-drive, I might have made the sale that very day; had I spent the extra one minute to take down their contact information, I could have followed up with them about our Memorial Day sale the following weekend, and made the sale then – my sales manager made this point quite clear after the fact.

Failure Lesson #1:  Even if you have some early success, don’t
get cocky—and never forget the fundamentals of your job.

2. Following My Gut. When I became CEO of my own group of car and truck dealerships, I knew that I needed a strong finance person to help me, as this was not my area of strength. A friend mentioned someone who was available because his company had closed the local office. I interviewed him and liked him immediately – he had a great resume, a strong physical presence and a very plausible story about why he would be a good fit for the role. When I learned that we’d gone to the same school, I hired him on the spot.

As it turns out, there’s a reason we have reference checks! About a month after hiring, my “sure thing” had proven himself to be lazy, entitled and a bit of a bully – all traits that would likely have shown up in any kind of background work. I ended up firing him with six months severance, which was part of the directors’ agreement we’d negotiated together.

Failure Lesson #2: With hiring (and everything), feel free
to follow your gut—but always back it up with due diligence.

3. Make the Tough Call. My third and final failure was the most painful and had the greatest impact both emotionally and financially. I had been trying to turn around a loss-making truck dealership. I had tried new systems, new management and even a new franchise—but the dealership was still losing money at more than $1 million per year.

Eventually, I did the only other thing I could to stop the losses and closed the dealership, laying off 75 people in the process. It was a very difficult thing to do at the time, but in hindsight it saved the rest of the company from bankruptcy.

Failure Lesson #3: Never shrink from the tough calls. What seems
like a catastrophic failure at the time can end up being your salvation.

Letting your team members fail can be an invaluable part of their education, and can help them to mature in their various roles. This is easier said than done, when you are pushing for growth and setting targets to be achieved. But as Richard Branson, the billionaire founder of Virgin, says, “Failure is simply indispensable to the entrepreneurial experience.”