Leadership During Adversity: 7 Qualities That Make a Survivor 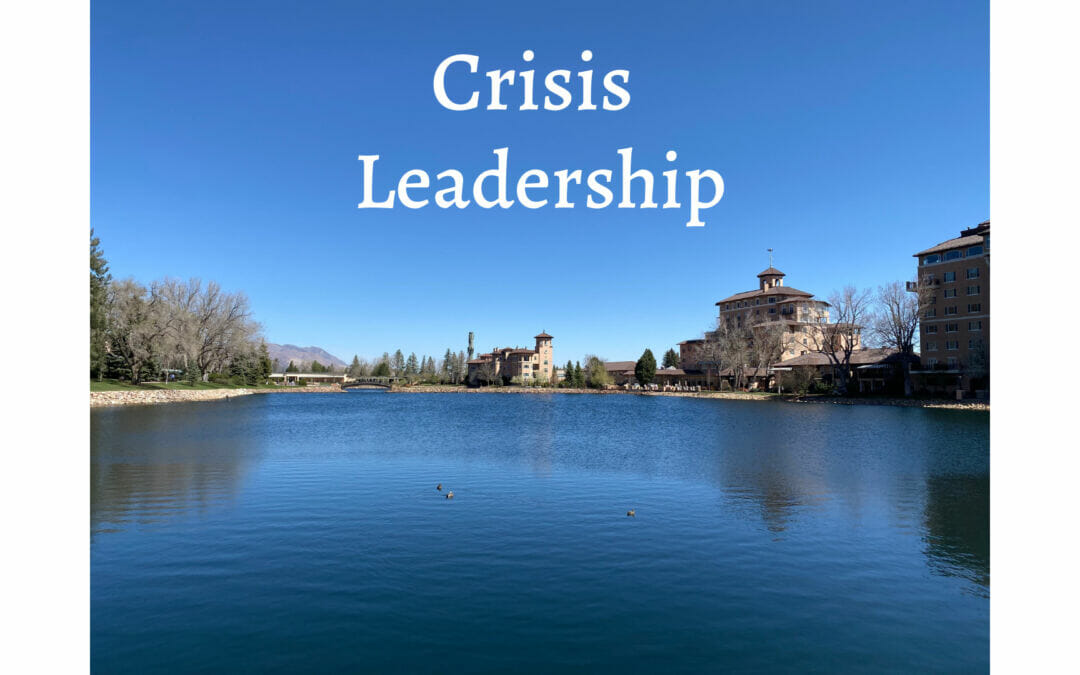 There’s nothing like a legitimate crisis for teaching business leaders what they’re really made of. As novelist and essayist David Foster Wallace says, “Real leaders help us overcome the limitations of our own individual laziness and selfishness and weakness and fear and get us to do better, harder things than we can get ourselves to do on our own.” As someone whose early days in the family business were defined by crisis leadership, I could not agree more.

But I didn’t do it alone. In my case, the leadership during adversity was delivered by my mentor, business turnaround specialist Frank. When I brought Frank into the fold, clearly not a moment too soon, my $120M family business was about six months from bankruptcy. Our partners, vendors and even our banks believed we would fail. But in the 18 months that followed, Frank guided me through the informative (and formative) process of executing a successful business turnaround. I believe this experience is what molded me as a leader.

It’s my feeling that leaders are not born, but made. We are all shaped by the circumstances we navigate, and more importantly, by the route we take. Under Frank’s expert guidance, our business turnaround crisis drew out leadership during adversity skills I didn’t know I possessed. At the time, I looked great on paper; I had a business degree from a good university, and experience working for an undisputed industry giant: Ford Motor Company.

However, the bulk of my crisis leadership education began not in the lecture hall, but in a small glass-fronted office overlooking an automobile showroom. Frank’s mentorship was basically a master class in how to gracefully handle the personal, professional and financial stress of a business turnaround. Frank’s greatest gift to me was confidence: the feeling that we could survive, if only we believed in the strength and authenticity of our leadership. Following are the seven key qualities that ultimately defined our survival.

Identifying, and unanimously agreeing upon, a shared purpose was an important step in our business turnaround. We needed people who believed in what we were about to do, believed that we could do it, and were ready to go into battle in a time of crisis to make it happen. Those who did not buy into our plan either left the company of their own choice, or were let go.

Frank’s strategy was surprisingly simple, but unequivocally effective. Just after I hired him, I remember asking him about his plan to save my family business. This was his answer: “We are going to make decisions every day, and then we are going to execute on those decisions. We will make mistakes—but as long as we get more right than wrong, we will be OK.”

As I often tell my business turnaround speaker clients, my first thought was that I was paying Frank quite a lot of money for such a simple plan! But in the coming months, the deceptive simplicity of this leadership during adversity truly saved us. It left no room for ambiguity. Yes, we did make some mistakes—but the speed at which we started making decisions and moving forward gave us critical momentum. Our decisiveness also convinced our bank and manufacturing partners that we were serious about doing whatever it took to save the business.

This included closing a large truck dealership, with a loss of nearly 100 jobs. At the time, it felt like a massive failure; now, with the benefit of hindsight, I understand that if we had not done this, our ongoing cash losses could have resulted in the failure of the entire company.

One of the most valuable, and most widely applicable, things I learned from Frank was the ability to press the pause button during a high-stress situation and take a time-out, or “sanity break” as we liked to call them. Frank’s favorite thing to do was to walk across the street to Pizza Hut. We would share a pepperoni pizza and a cup of coffee, and he would tell me a story about working for Volkswagen in Africa, or his time in the Special Forces. Frank had a lot of great stories, many of them hilarious, and he never failed to get me out of my own head.

After this mutual reset, we would go back to the office with clear heads, ready to face any number of difficult decisions. Frank’s genius was knowing exactly when to call a time-out, when I was frustrated or overly emotional. It was a lesson I have never forgotten.

Throughout our business turnaround, Frank was insistent about maintaining transparency with everyone in our family business. In a small-group setting with an open Q&A culture, we shared important information about the company, including important P&L details. Understanding the scale of our losses, as well as having insight into our plans for recovery, helped give all our team members context for decisions being made in every department. This level of transparency was especially radical for a family business in which secrecy was the norm, and nobody outside of my father and the CFO was traditionally in the know.

Following these meetings, we were sure to put a huge emphasis on supporting our team. Business turnarounds are definitely not for the faint of heart, and Frank’s ultra-focused, eye-on-the-prize, leadership during adversity style, had the potential to cause even greater stress and uncertainty during an already trying time. I had known some of these people for many years, and I knew what they were feeling as they watched their colleagues getting laid off. Recognizing that empathy was a greater strength of mine, I took the lead as a listener— allowing employees to voice their concerns about the future, and doing my best to allay them.

As many employers found out during the COVID-19 crisis, weathering a business turnaround can be an incredibly lonely and isolating time. Having a trusted confidante with whom you can share your concerns and process your issues privately can be incredibly beneficial to your well being.

Back then, I was lucky to have Jean, my assistant of many years. A wise and wonderful listener, she was privy to some of my most private thoughts about the family business.

Today, I’m fortunate to have the collective expertise of my Entrepreneurs Organization (EO) forum. This group of business owners and entrepreneurs meets monthly and discuss issues and opportunities in their businesses. My wife likens it to group therapy, and she might be right! It certainly works for me. Sometimes, just voicing your concerns out loud rather than keeping them in your head helps you to begin forming a solution and finding your way forward.

Crisis leadership is incredibly intense and can easily lead to fatigue and burnout. Having daily routines around sleep, nutrition, exercise and other essential forms of self-care is absolutely critical. During our family business turnaround, I had a choice: I could attempt to manage my stress with daily visits to the pub, or to the gym. Although it wasn’t always the easy choice, I chose the latter. Throughout the significant trials and challenges of that 18 months, I made time every day to move my body and clear my mind, and it made all the difference. I urge everyone to choose wisely during a time of crisis, in order to remain strong and healthy as a leader during adversity.

You’ve probably heard FDR’s famous quote from the Great Depression, “The only thing we have to fear is fear itself.” Before I brought Frank on board, we were crippled by our fear of failure. It was such a helpless and hopeless feeling; everyone, including our own family shareholders, believed that our business was finished. We literally felt paralyzed.

During our business turnaround, Frank taught me that the only thing my family had to fear was lack of action — and this was something that was completely within our control! Once I had this realization and began to spread the idea throughout the business, we were able to work together, quickly outlining a plan for cauterizing our losses with tactical cost-cutting and restructuring. The process was not easy, but it yielded an unexpected benefit: hope.

Once we could visualize emerging as a smaller, leaner and more agile company, this glimmer of hope acted as the proverbial light at the end of a very dark tunnel—and enabled us to begin the slow, meticulous process of working our way back to profitability.