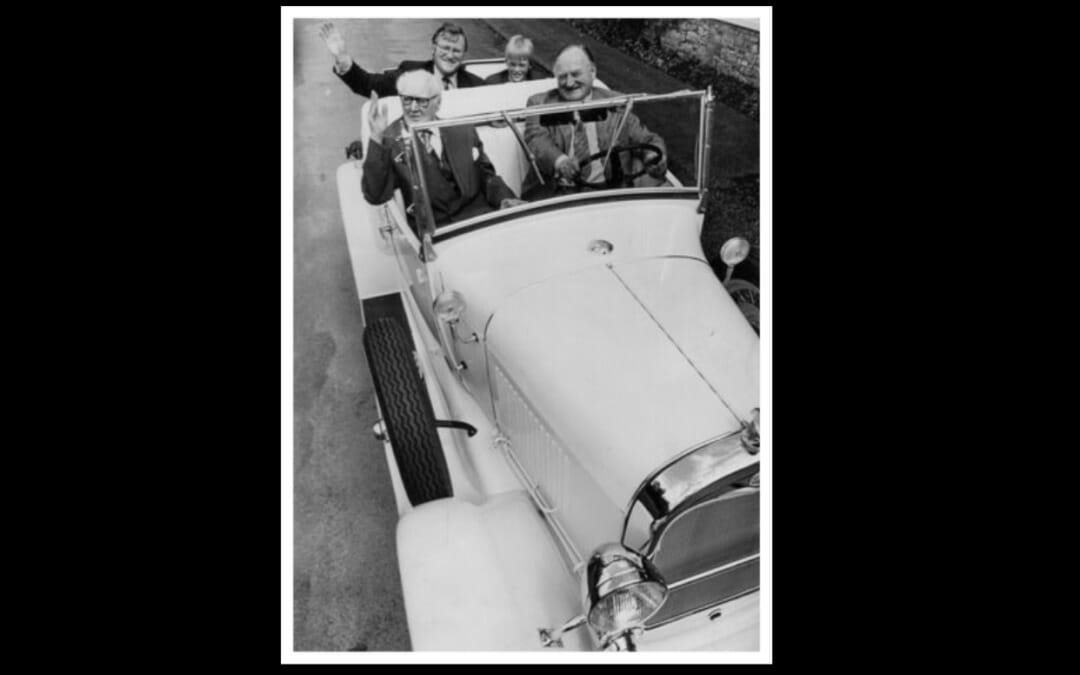 Have you ever heard the saying, “shirtsleeves to shirtsleeves in three generations?” Although it’s a uniquely American saying, it definitely applies to any family business, regardless of where it’s based. Essentially, it’s a nice way of saying that 70% of family businesses fail, or are sold off, before the second generation ever has an opportunity to take the reins. While my own family business has made it to the third generation before seriously faltering, falter it did—this is a big part of why I landed on the leadership keynote speaker circuit.

It’s easy to think of succession planning as something that happens at the end of an era. But for a family business to survive and hopefully one day thrive, it’s actually a lifelong process that should be running in the background at all times—and coming into the foreground during key transitions. With this in mind, here are three essential tips to ensure you’re setting the next generation of leaders up for success in the way of family succession planning.

If there’s one word I hear more than others on the succession planning keynote speaker circuit, it’s this: entitlement. This concept can cripple a family business—but it’s also fairly easily avoided. How? By insisting that all leadership hires, even those who share your last name, are treated like outside applicants. Within some families, and particularly to those who assumed they’d simply take the throne, this may seem like a harsh, unnecessary step.

As an example, my Father joined the family business with his father and grandfather both already occupying senior leadership roles. As a third-generation employee, he had very little room to develop and take on any serious responsibility, until he was well into his 40s. On paper, he was a novice with regard to leadership—and yet, when it was time for him to step into his father’s shoes, he was expected to do so with authority and grace.

Had my father been an outside applicant, he would likely have had to meet a much more stringent set of requirements. Today, hiring best practices dictate that leadership candidates have university (and often graduate) degrees, plus several years of relevant professional experience outside the family business. Many companies also require that family members undergo the same application process as outside candidates, so that they’re on even footing.

My father’s transition was not without its stumbles. Therefore, when I left college and was just starting my own career, he was keen that I have more relevant work experience outside of the family business, and did not just fall prey to the “we have always done it this way” mantra. I was lucky to be sponsored by Ford Motor Company, and thus was able to work for a couple of their leading dealers in the United States: one in Colorado, which excelled in customer service, and another in Virginia, which had an outstanding sales department.  Although this work experience was only about 18 months in total, it proved invaluable in giving me a vision of what success looked like—during a time when the family business was struggling.

Even with this essential outside training, I often found myself driving without guardrails on what felt like a narrow cliffside road. Once I joined the family business in my mid 20s, the business was moving at a breakneck pace, with little time for learning and development. With my father in poor health, I was unable to benefit from his mentorship or effectively leverage his 45 years of valuable industry experience that would have been advantageous with a family succession plan in place.

My first leadership role in the family business was as the General Manager of a small Ford dealership employing about 20 people. I ran this business for nearly two years, and was able to gain some valuable on-the-job experience in a fairly low-risk environment. At the same time, I was asked to start attending monthly meetings with the Board of Directors. With no clear explanation of why I was there, other than being the Chairman’s son, I felt awkward and out of place. In hindsight, this was a poor use of my time during an extremely busy period.

Looking back on my growth as a leader, it’s clear to me that I didn’t have an understanding of my role until I became a full Board member. Without any internal training provided, I sought out my own; I joined the IOD (Institute of Directors) in London, where I gained invaluable guidance on Board governance, and my fiduciary responsibilities as a company director. That said, I still lacked the hands-on experience I would have gained with proper development. Once I took control of the family’s main Ford car dealership, which employed 120 people, I had more to say at the Board meetings, and was taken more seriously. Shortly after this, I became operations director for six of our dealerships, representing about 50% of the company’s total revenue. By necessity, I became a full Director on the Board, and took more of an active role in the meetings. Some days, this process was definitely a trial by fire.

By the time my father’s health forced him to retire, I had become Managing Director of the company, and was responsible for running the monthly Board meeting. In hindsight, this was ludicrous—at just 28, I was far too young and inexperienced to be doing this for a company with $120M in revenue, and 360 full-time employees! But despite my own lack of experience, it was ultimately the Board’s experience that would save our business; more on that below.

3. Leverage Your Board’s Experience to Fill in the Gaps

When I took the reins of the company, we were losing about $3.5M per year. I knew that big changes were necessary, but I also knew that I wasn’t necessarily equipped to make them at that point in my career. Fortunately, my time with the IOD gave me critical insight into the long-term value of a truly balanced Board. With this knowledge under my belt, I decided to give our Board more active authority over the company’s strategic decisions.

My first (and possibly most radical) choice was to replace our outside advisors, who were not adding much value with my mentor. Frank had many great qualities—integrity, accountability, experience, insight, and impartiality, for starters—but ultimately the quality that made the biggest difference for our business was his decisiveness. When given the authority to do so, he wasted no time making important choices. Some of these seemed dramatic at the time, but Frank, who was nothing if not fearless, never looked back.

And it ultimately saved us. Today, twenty-five years later and with years of success to show for it, I still use Frank’s qualities as a baseline to guide the evolution of my own Board—as well as the decisions I make on behalf of the outside boards on which I serve. Thanks to Frank, along with a lot of hard-won experience, it is my honor to serve as a guidepost for others, and to act as a catalyst for family business owners when it comes to succession planning.